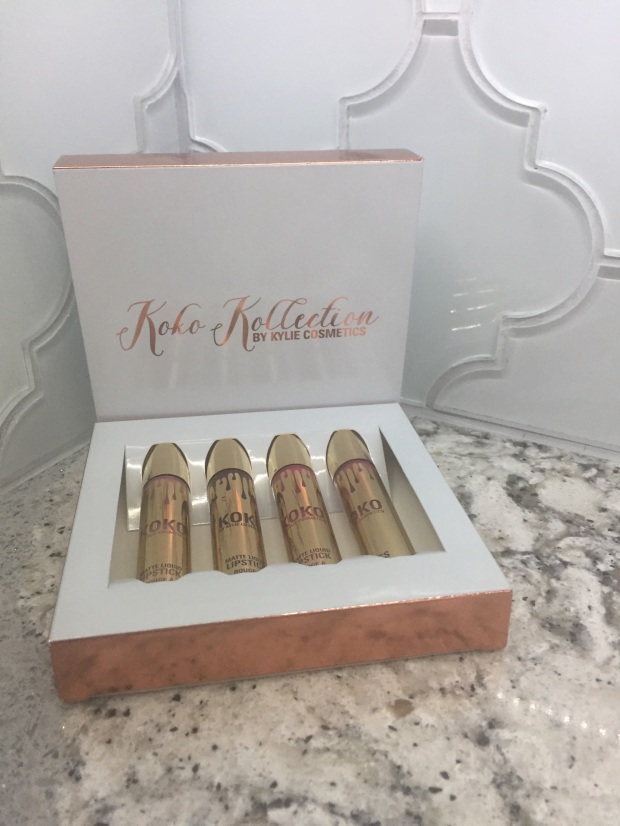 Even though I am technically a millennial, I don’t really “get” Kylie Jenner.  Now Khloe, her horrible book notwithstanding (although I am excited for her Revenge Body show on E!), Khloe I can get behind.  She is funny as balls and has a ton of personality on Keeping Up with the Kardashians.  Kylie, on the other hand, appears to be about as animated and interesting as one of those “real girl” sex dolls come to life.  Posing with duckface (that you can’t undo, as you have surgeried yourself into literally a duck) in front of a phone for 10 hours a day while you try on different wigs and shit sounds like the seventh circle of hell.  I don’t understand idolizing a rich girl who wears Adidas track pants with more make-up than the entire cast of RuPaul’s drag race, but I never “got” Paris Hilton either, so there you go.  I am a curmudgeon.

and put some damn clothes on! image source: tumblr.com

So I have never dipped a toe into the Kylie lipkits, which seemed to be quite pricey for a lipstick and lip pencil.  I was curious about them, as her lips are fucking hard to miss, but she obviously didn’t get those puppies from “overlining” them, like she originally claimed.

don’t you just LOVE when you put make-up on and it changes your face shape? check out the chin too. image source: makeupbyrubysue.com

But when I heard that Khloe was doing her own line of lipsticks with Kylie, I decided to give them a shot.  The Koko Kollection (god, my 11th grade grammar teacher Mrs. Sherman is rolling her eyes so hard at this spelling nonsense) features three matte liquid lipsticks: Gorg, a dark burgundy, Okurr, a hot pink, Khlo$, a nude, and a lip gloss: Damn Gina, a sparkly pink (does Martin Lawrence know about this?  is he getting royalties?). 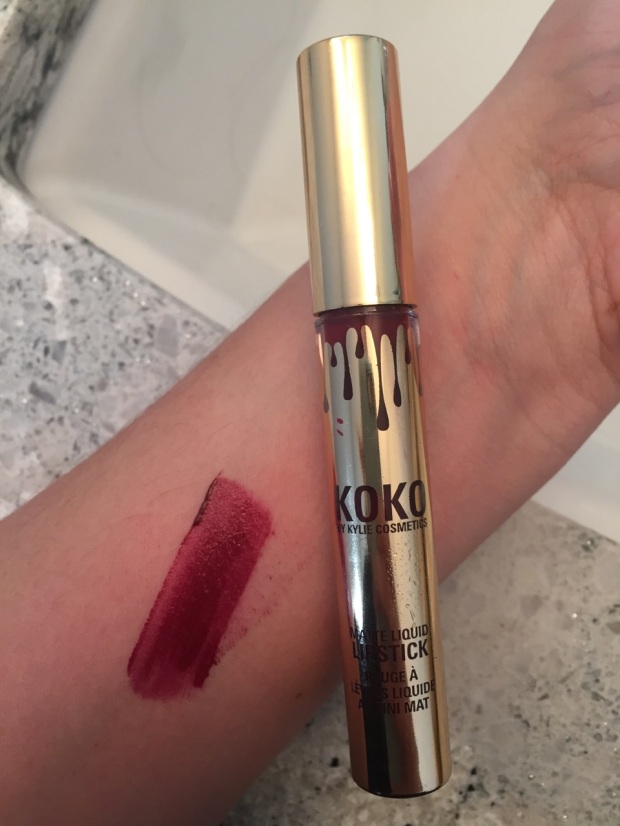 sorry for this photo, I am no beauty blogger.  I’m not Katie Maloney.

Although this one looks super dark in the tube, it’s actually more like a deep red than a burgundy, unfortunately.  It was pretty difficult to get it to go on evenly and to get even color across my lips.  It’s also prettttty dry, even for a matte.  I LOVE stila Stay All Day Liquid Lipstick (not an ad, just my go-to lip colors), and this was much harder to get on evenly.  After two coats, it still wasn’t too dark, but looked okay.  I will say that after it dried, it was darker and actually very pretty.  But it took about 30 minutes and it was VERY noticeable on my lips.  I could feel the product on it, which, gross.

gorg? eh? kinda. (yes I hid my face! I don’t need Kris Jenner or Teresa Giudice coming after me!)

I feel like such a fraud with these photos.

I liked this one maybe the best out of all of them.  The pink was almost fuchsia and was much easier to apply than GORG.  I feel like I might actually use this one again, which hey!  Who would’ve thought?

it looks almost red-pink here, but was much pinker in person.

The final lipstick, KHLO$ (this woman is in her 30s, people)

couldn’t get the sucker to stay on my arm for shit.

I HATED this one at first- the first coat was super gloppy and wouldn’t smooth out but after a few minutes, it got tackier (lol) and eventually I ended up liking how it looked.  I am not sure about the staying power of this one, and I feel like it will look HORRIBLE as it fades, at least on me (my natural lip color is a sort of deep pink, so it will most likely look like I have some sort of flesh eating disease.  Sexy!) 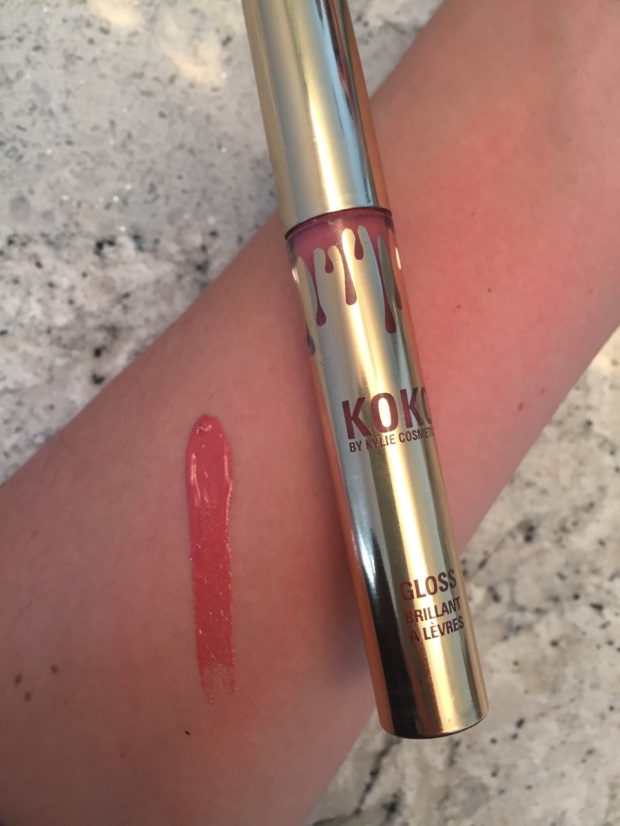 man this was sticky. that’s what she said.

This was my LEAST favorite.  It went on the most smoothly (thanks to the brush and not the sponge tip that the lipsticks had) and I loved the application.  BUT it literally looks like nothing on my lips.  I would definitely not use this one again.  I don’t know if all of the Kylie Klip Kglosses are like this, but I would go for a lipstick before on of these.

All in all, these weren’t that bad!  For $40, they were only $10 each, which isn’t horrible, and they actually had pretty decent staying power (at least GORG did, which was the only one I wore for more than 5 minutes).  However, I wouldn’t recommend them to anyone that isn’t a Kardashian super fan (which, lol).  There are far better products out there for cheaper than don’t make you feel dirty for playing into Kris Jenner’s evil plan for kworld kdomination.

where is THAT truly gorg lip color?  image source: tumblr.com