missed parts one and two? check em out!

wait… are we really still on this book? image source: buzzfeed.com

SO now The Hills has ended, and what’s a former reality star with no real talent besides slowly pushing a salad that cost $30 on a plate while nodding glumly to do?  Well, get on another reality show, post-haste!  Steph worked on one idea that was her and some other no brain going around the country trying to find guys to ride in a caravan behind them or something?  I really didn’t get it, but Oxygen pulled out last minute for some reason, which is like, totes BS because it really sounded so KEWL and full of FUNNIES!

even I wouldn’t have watched that shit. image source: replygif.net

Steph’s insane brother emerges from his crystal-filled nonsense house to set Steph up with some shitbag also named Spencer whom he met on Twitter.  That is like the most 2012 sentence ever written.  Steph bravely goes to London to meet this bloke and is very charmed by him.   And guess what, guys?  This UK Spencer is FAMOUS there and on a reality show TOO!  And apparently Steph has no access to the googles, because she had NO IDEA when she met him!

like omg I was on a reality show too! I’m sure you didn’t know that either! image source: makeagif.com

So Steph and UK Spencer become a couple IMMEDIATELY, as one does, after they attend a fancy ball together.  Steph soon finds out that UK Spece is a bit of a cad, and perhaps has cheated on every woman ever, which has been completely documented on his show, Made in Chelsea.  But Steph is sure their connection is different. 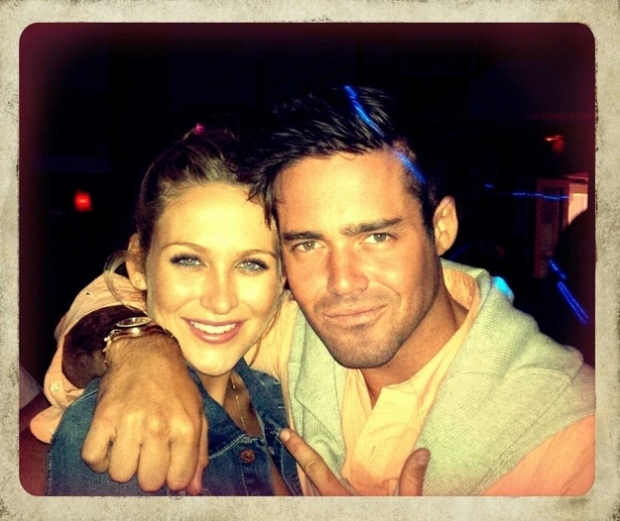 the hills + made in Chelsea = tru luv until one of us gets more famous. image source: buzzfeed.com

NOW I finally get to talk about something that has been bothering me SO MUCH this whole DUMB BOOK.  I guess Steph must be a much bigger deal in the UK (I mean, I can’t believe she has a book deal and Audrina still has to quietly fill in a Power Puff girls coloring book, waiting for her turn) because she is full on PRETENDING TO BE BRITISH.  I am NOT joking or exaggerating this at ALL.  Steph CONSTANTLY uses British colloquialisms, like “in hospital” (instead of in the hospital), “mates” (instead of friends), “loads” (instead of lots), “on holiday” (instead of on vacation) and probably at least ten more I am forgetting.  It was so jarring and weird to hear Steph, I mean narrator Samantha Coughlin say these things with zero context.  Girl, you mention being from Malibu like one thousand freaking times.  Stop throwing around the Queen’s English like some sort of bloody blighter.

this spot of tea is rubbish!  bollucks!  image source: giphy.com

Steph moves in with Spencer immediately and then he cheats on her too.  Some of this is filmed for Made in Chelsea, but I had kind of a problem focusing since I have never heard of any of these people.   Some Lucy bird and some other girl (who are also maybe on MiC? and dated this Spencer?) are mean to Steph but then are the ones to kindly tell her Spencer put his biscuit in another crumpet.

So they have an epic break-up and Steph decides she loves the UK anyway and stays.  She dates some other guy (Steve?) from Made in Chelsea (maybe? she was going fast and referencing a lot of things that are British and thus confusing for us plebe Americans) and he is also a dick, but it’s okay- Steph loves London!  And decides to do something super British and go on Celebrity Big Brother.  I don’t know much about CBB, but I do know that it is a very popular show in the UK, and that Heidi and Spencer were on it the year before Steph.  It’s filmed in actual time (I think) and people are voted out by the viewers.  Steph’s only real enemy in the house was national treasure (and permanent crazy pants) Gary Busey.

there are SO MANY great busey gifs. it was so hard to choose from. image source: giphy.com

CBB cemented Steph’s decision to stay in the UK, especially when she met a bloke (SEE WHAT I DID THERE) called Josh (AGAIN!) who was cast on Made in Chelsea and fell in love. (For the record, I think that means she dated THREE people in the same show.  How many people are on this show???  Is this an unusually high number?!) So Steph is happy now.  The end. (No, really this time).

SO I did some research on some of this UK stuff as I didn’t know anything about it, and Steph forgot to mention something.

At some point post-Hills, pre-UK shows, she got a new face. 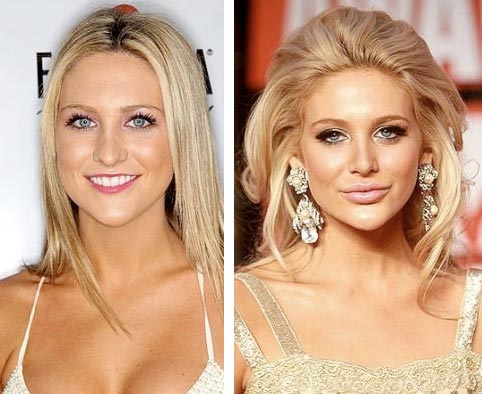 Considering the fact that she shared all of her meth stories, don’t you think the OBVIOUS nose job, lip fillers and other assorted procedures would be fair game to talk about?  Oh well, we are FINALLY done with this book, and Steph is FINALLY done with her transformation into a wannabe Real Housewife.  Cheers!

One thought on “Made in Reality: Part Three”