missed Part One or Part Two? check them out!

Like the good Italian that she is, Caroline included some recipes in a pdf that came with the audiobook.  Now, I was actually excited to make one of Caroline’s recipes.  The women of the Real Housewives of New Jersey may be nucking futs, but I assume they can cook their crazy asses off. 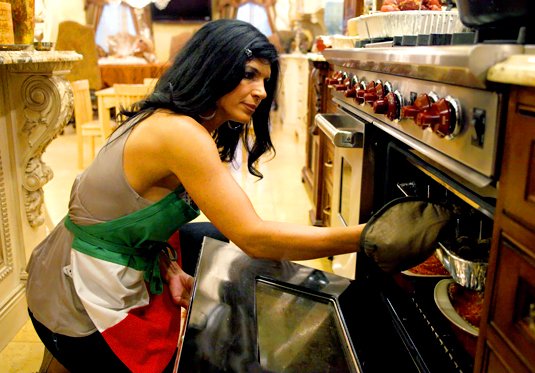 she may be the dumbest human being to ever grace our television screens, but I bet whatever she is pulling out of the oven here is freaking delicious. image source: realitytea.com

I originally planned to make Caroline’s Sunday gravy because it sounded pretty damn amazing, but it required ingredients like “veal neck bones” and it sounded expensive.  And hard.  And delicious.  Dammit.

Plus I am very busy.

you call it binge watching Below Deck: Mediterranean, I call it research. image source: giphy.com

SO I decided instead to go with the very doable-sounding “Spaghetti Aglio e Olio.”  Which is basically just pasta, cheese and olive oil, but SHUT UP, it sounds delicious PLUS Caroline says it’s Christopher and Albie’s favorite!

I gathered up my ingredients, of which there were only seven and I only had to buy chicken stock and parsley.  I already had the pasta, pecorino cheese, olive oil and red pepper flakes.

my ingrediences! plus a big knife, cuz it’s RHONJ.

This was really easy to make and even looked pretty AND like I had to work hard to make it.  WIN WIN.  Even though it has tons of olive oil and cheese, I also didn’t want to die after eating too much of it, like you would with a cream sauce. 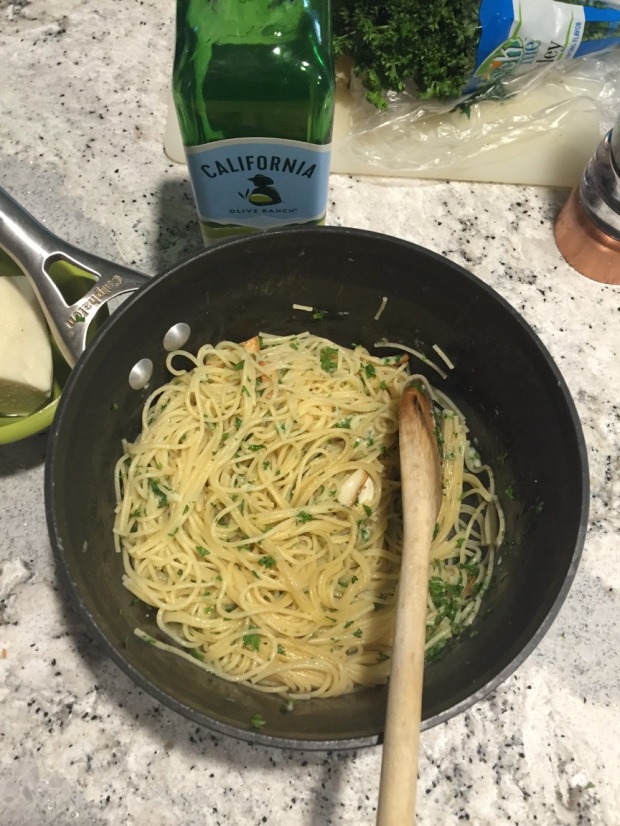 All in all, this was really easy and WAS SO EFFING GOOD. I had just done 75 minutes of hot yoga prior to making and then stuffing this in my gaw, but I am pretty sure it would have been just as amazing if I weren’t HANGRY. 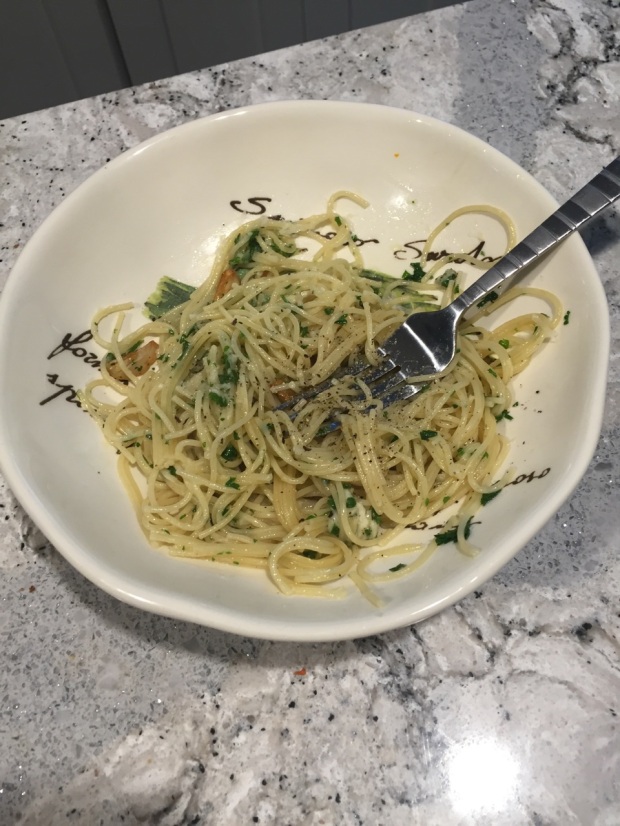 GODDAMIT I just realized I forgot to put in the red pepper flakes!  Man, I would have really effed up that Sunday gravy if I couldn’t even handle seven ingrediences.  Oh well, 10/10 would eat again.

Get excited because we are delving into the magical world of REALITY STAR WORKOUTS next week, just in time for summer!

One thought on “Let Me Tell You Something: Cooking with Caroline”