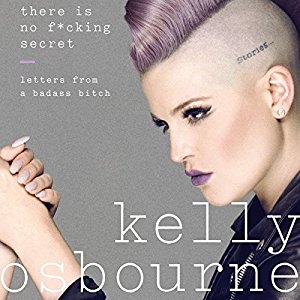 not gonna lie, that hair is badass. image source: audible.com

Isn’t it crazy to think that The Osbournes premiered on MTV more than FIFTEEN years ago?  Y’all, we are old af.  It’s also straight loony tunes to realize that without Ozzy, Sharon, Jack & Kelly, there would probably be no reality television like we have today.  It’s so weird to imagine watching just scripted shows with like Juliana Margolis and no screaming pile of hair extensions and silicone crying because her dog’s cat’s cat mitzvah was a disaster.

if a heavily contoured selfie is taken in the woods and no one sees it DO WE ALL DIE? image source: giphy.com

So obvs, Kelly and the other Osbournes have been THROUGH it.  That is kind of the price you pay to be the first anything. You don’t have an Andy Cohen coaching you on how to look like less of an asshole or a Kris Jenner negotiating somebody to pay you to put deodorant on for a living.  Kelly just had her insane and lovable parents and she was like fifteen when the show started, which seems like it should be illegal now.  Fifteen is TOO YOUNG to be splashed all over the world like that.  I mean Jesus, look at Lindsay Lohan and she was like a legit actress.  However, what’s done is done and at least Kelly seems to somewhat have her shit together now?

SO this book is written a little differently than other celeb memoirs.  Kelly penned a series of letters to different people (and things like “her inner critic” and “her lack of a filter,” which is kind of a stretch).  The book is really all about how Kelly learned to love herself even though she never really fits into the typical Hollywood mold.  Unique perspective! (lol).  I am sure Kelly has felt the sting of the HORRIBLE public judgment for years, as she doesn’t look like a Hadid or Jenner (even pre-surgery), but I have read enough of these books to tell her that basically NO ONE feels like they fit the beauty standards of the public eye.  EVERYONE EVERYWHERE feels like shit about themselves at some point.  But I also wasn’t a teenager with assholes (who were complete strangers) coming up to me and calling me a fat bitch to my face, so I digress.

After a few of the same basic letters (don’t listen to negative self talk, yew guise), Kelly writes one to the number one lady in her life: Sharon Osbourne.  Now, I can’t decide how I feel about her.  In one way, I love the shrieky lunatic who bounced around screaming “MILLIE!” at the top of her lungs and seems to genuinely love her kids.  BUT she also has a touch of the British Kris Jenners, and also Leah Remini HATES her and says she is THE WORST and she is saving the world from Scientology so I TRUST her.  Plus, Stacy Karosi.

Anyway, the letter itself is sweet but pretty boring.  Methinks this format might work well as a way to give a sweet note to your family members but like anyone outside of your family would be like, “oh, this is nice, why the fuck am I reading it though?”  Basically, Kelly loves Shaaaaaaron and thinks she is the best mom ever, even though (or because?) she used to flash her school bus.  Now THOSE are the things I want to read!  These generic letters are mostly just “you da best, mom!” Hallmark card nonsense.

okay, maybe I DO like Sharon Osbourne. image source: redalertpolitics.com

Next, a letter to dear old dad, the one and only Prince of Darkness.  Kelly basically calls him a talented liar and an arsehole, but also the best dad ever.  I feel like Ozzy is kind of like Caitlyn Jenner in that way- I know he had a bunch of kids prior to Jack & Kelly (and never on camera Aimee) that he didn’t see much but he does seem like he was a pretty good father, as far as drug-addled rock stars go.  Anyway, Kelly loves her dad when he is sober and she also KNOWS he isn’t really fucking deaf like he pretends to be.  Again, the letter is sweet but I would like more anecdotes, please.  This is going to be a LONG BORING book if we don’t get some specifics, Kelly dear.  I expect more from the woman who screamed “IT’S MY VAGINA!” to her parents on national television.  Up next, we have a letter to her brother, Jack.  It better contain some stories about Paris Hilton from the Janice Min-era of US Weekly or I am OUT.

come on, Kelly! spill some Britney/Christina feud dirt. YOU WERE THERE! (probably). image source: giphy.com

2 thoughts on “There is No F**king Secret: Part One”