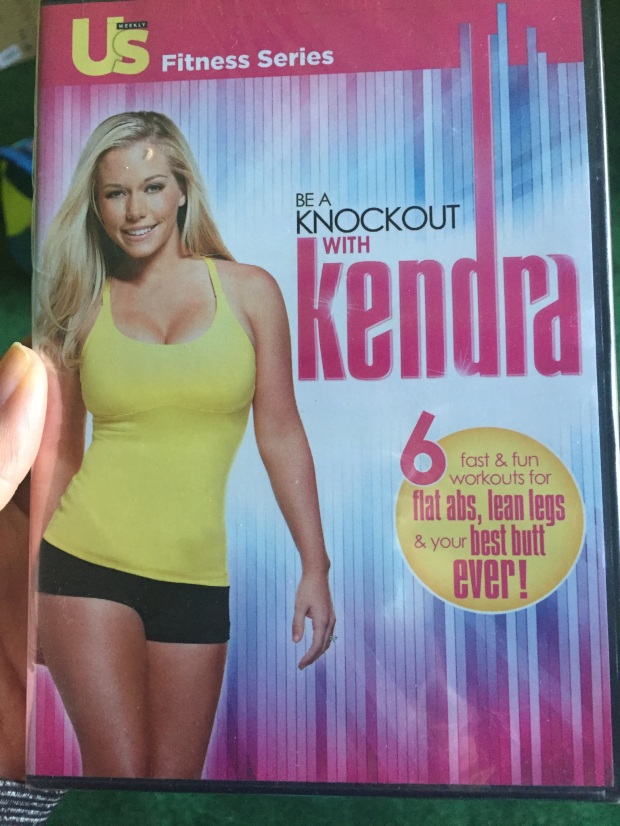 a workout sponsored by US weekly? does this mean I am going to have to do burpees with one of the tools from The Bachelorette?

Ah, Kendra Wilkinson (or is it Kendra Baskett this week?  Are she and Hank on a reality show right now, like Save My Marriage Tropical Bikini Contest Sad Face on Lifetime or something? I can’t keep up), the “sporty” former member of Hef’s harem with the laugh that broke a thousand eardrums.  Since she moved out of the Playboy mansion, Kendra has gotten married, had two kids, maybe separated from her husband, maybe got back together (too lazy/don’t care enough to google) with her husband and been on approximately 37 reality shows.  She also is a fitness personality, apparently, and we get to be a KNOCKOUT with her!

Do you remember on The Girls Next Door when Holly, Bridget and Kendra got to film their own workout videos?  I did all of them (of course) and they were all just terrible, but Kendra’s.  Omg.  She literally just dances like a stripper for about 8 minutes and that’s it.

THIS WAS THE WHOLE THING. image source: gifsoup.com

Sidenote: is it just me, or does Kendra look exactly like a prettier, slightly less trashy version of Eminem’s ex-wife Kim?

So, I did not have high hopes that this workout would be any better than the GND nonsense.  I mean, Kendra has a great body and all, but she… is really, really dumb.

the typo in the caption means “alot” to me. image source: giphy.com

I literally did not notice. 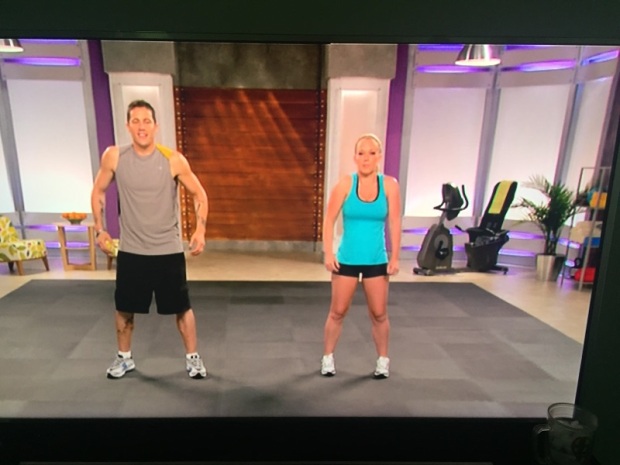 The set basically looks like what a gym would on Saved by the Bell.  It’s very early 90s with a comically fake feeling.  Just like Kendra’s implants! ZING.  But seriously, I expected to see Slater in the corner doing bicep curls in a singlet.

I love how the photo of her alone is the biggest.

There are also GIANT photos of Kendra everywhere, which I think Kim K would’ve really loved too if she had known it were an option.  She also has photos with her son, which is important as the trainer talks about how Kendra had to lose her baby weight approximately one bazillion times. He also constantly calls her “the most athletic celebrity” out there. Um… okay?

As advertised, the workout is divided into 6 segments, although I guess that means that the warm up/cool down count as one?  Who cares.  The segments are:

In each segment, Kendra and her trainer, some Brit or Aussie named Nicky, do 30 second intervals of different exercises related to the segment.  Kendra also does a lot of awkward quipping, giggling and, of course, bootay shakin.

omg football! ur so crazy, Kendra!

The whole thing is kind of a shoulder shrugger.  It’s not terrible, it’s just not very good slash hard.  And the whole thing is like 25 minutes.  Which I guess is what $5 gets you these days.  25 minutes of “best celeb athlete” and professional reality ditz Kendra Wilkinson pretending to throw a shot put.

brb going to go ham on some endless pasta at OG now that I knocked out Kendra! image source: giphy.com

By the way, I was absolutely FLOORED at the lack of gifs of Kendra that I could find.  Homegirl has literally been on every shitty reality show on every sad network in the past five years, and all I could find were a few GND gifs and SO MANY of her taking off her shirt.  Where are all the gifs of her stupid effing laugh??!?!!

One thought on “Be A Knockout with Kendra: A Review”