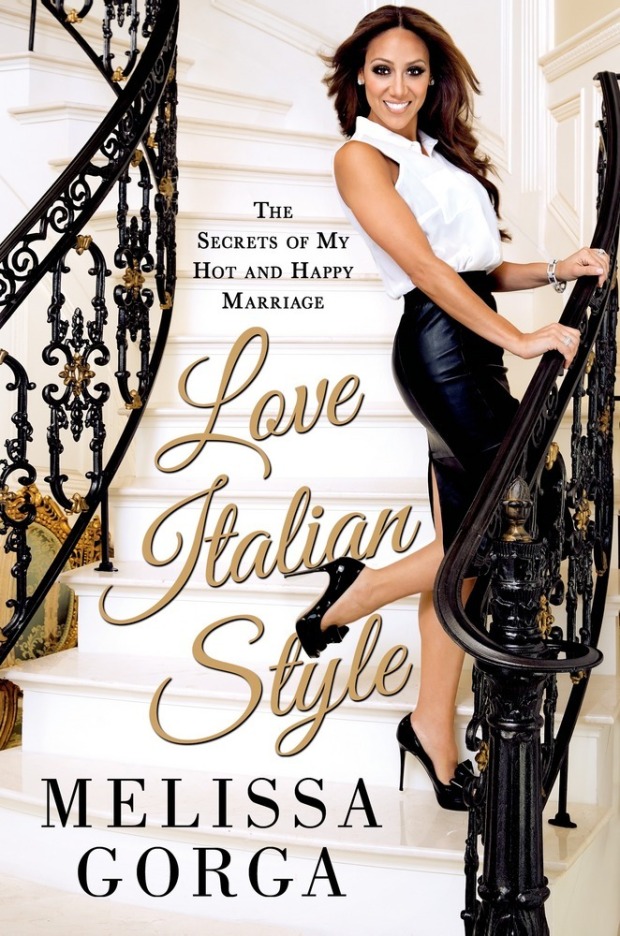 gee, this sounds… I… what? image source: amazon.com

I should’ve known what I was in for when one of the Amazon reviews of this book was “I thought this was a transcript from a domestic abuse trial.”  What did I expect from Melissa Gorga, RHONJ’s bargain-basement (and sister-in-law of) Teresa Giudice?

FIRST OF ALL, I got the audiobook because these women are hilarious to listen to (even though I got pretty BADLY burned by Teresa’s “performance” of Turning the Tables). Guess what?  Melissa doesn’t even EFFING READ THIS HERSELF.

there is just NO WAY Melissa’s reading could be worse than Teresa’s. JUST NO WAY.  image source: giphy.com

Great, so now we have some boring-voiced nobody who probably isn’t even from Jersey telling me how to make my marriage… sexy.

Anyway, immediately, Melissa lets us know one thing.  Joe Gorga is her KING and she treats him with RESPECT.  They have a very, uh, traditional marriage and she loves it you guys, ohmyGOD who would think saying that basically you have to wait on your husband and he can have sex with you whenever he wants no matter what would be controversial?

How am I going to listen to this archaic bullshit for five freaking hours?  I guess I should be thankful that at least Teresa isn’t reading this.  But how can that be the silver lining here?  I can’t believe someone published this shit.  Melissa has a million disclaimers about how this works for her and is constantly reminding us how many people want to have a SEXY marriage just like her and Joe.

first trump and now this.  jesus Christ America, get your shit together. image source: hitflix.com

So Melissa guarantees she can LITERALLY can fix your shitty marriage by teaching you how to honor your master.  You know, your husband!  Because when I want relationship advice, I know where I go.  I go to a real housewife.  You know, like:

and I don’t even watch Miami or DC, so I am sure I missed some. image source: tumblr.com

Anywho, Melissa begins by telling us about her childhood.  Her parents had a very typical Italian marriage but her dad dipped out a lot and her mom put up with it.  It sounds like the didn’t have a very sexy marriage.  Tragically, Melissa’s dad was killed in a car accident when she was in high school.  She struggled with it, but went to college and learned to take care of herself.  Not for long though, because she was about to meet JOE GORGA!

Major props to narrator Nicole Poole for not only not vomiting on herself as she reads this garbage but also for her AMAZING Joe Gorga impression when she reads his parts!

Melissa met Joe in Cancun, because of course she did.  Then they really drag out the story about dating and it’s super boring and blah blah blah….

Now, finally Melissa starts giving us advice for how to please our men!  And men only.  Because this book is the most heteronormative bunch of sexist garbage I have ever read.  And that is saying A LOT.  But anyway, you will NEVER guess how to do this.  NEVER.

replace the word “suspense” with “book.” and “it’ll” with “won’t.” image source: magoosh.com

Why, be a cook in the kitchen, a lady in the parlor (I mean, fuck you) and a whore in the bedroom, of course!  And how do you do this?  You need to disregard all of your own feelings and opinions first.  That’s most important.  And then you need to dress like your husband prefers, because, you silly goose, your body isn’t yours!  It’s your husband’s now, and you need to decorate it to his preferences.  But don’t show too much skin because that means you aren’t a lady!

no, seriously, I can’t wait to hear what else you have to say. image source: uxreactions.com

Up next, more super fun and totally logical advice like “never hang out with your single girlfriends if you are married” because apparently, single is a disease.  A contagious disease.  Also, never ever let your husband go out with the boys, because that will make your husband cheat on you.  According to Melissa, all men basically are animals who can’t help themselves and fall into other vaginas and strip clubs without constant vigilance and with that logic, I guess it’s your fault if he cheats on you if you let him be alone for ten minutes.

just like how if you wear a short skirt, you were asking for it! image source: replygifs.com

Honestly, I really hate this book.  Usually, I can enjoy the fluffy pink garbage these ladies put out, but this is just depressing.  Back atcha tomorrow with Enslaved Wife 2: Electric Boogalo.