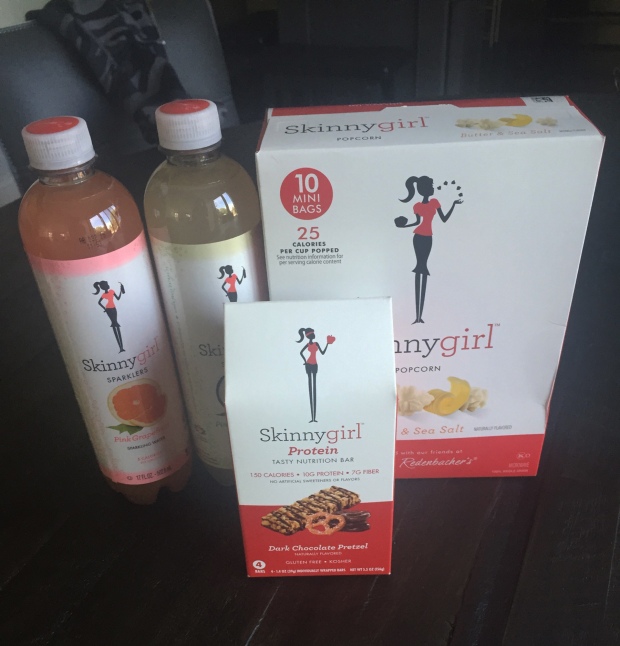 I bought this all in one trip and I was so embarrassed.  I felt like I was buying tampons at age 14 and ran into my crush.  #cliché

As we have all probably noticed on this season of Real Housewives of New York, Bethenny Frankel has a LOT of Skinnygirl products.  Like a LOT.  And apparently she insists on them being in frame in every single shot of her on camera.  Whether it’s indirectly claiming that Dorinda and her stainmaster sweaty beau, dry cleaning sorcerer to the stars, John, have a cocaine problem to tearily shrieking at everyone around her that SOMEONE (cough, a producer, cough) sent her evidence of Tom cheating on LuAnn, Bethenny makes for damn sure that there is at the very least an empty Skinnygirl margarita bottle rolling around nearby. 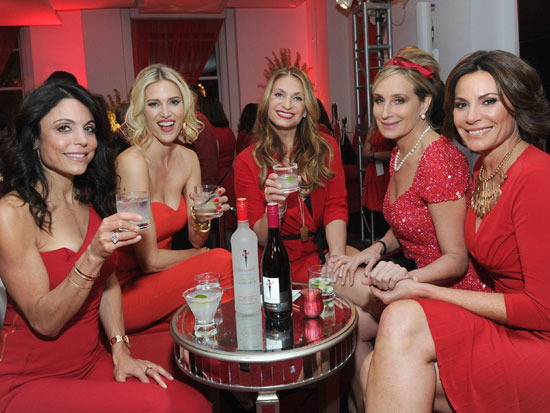 these ladies are no dummies.  they know that Bethenny is basically their boss and what she says GOES. image source: annabenyehuda.com

I was really hungry when I left Wal-Mart (there was a TON of Skinnygirl stuff there,f or some reason), so I immediately broke into the protein bars.  I will say, they are a bit wee for 150 calories, but the nutrition stats aren’t terrible- there is 10g of protein, which is more than a LOT of the items out there claiming to be “protein-enhanced.” 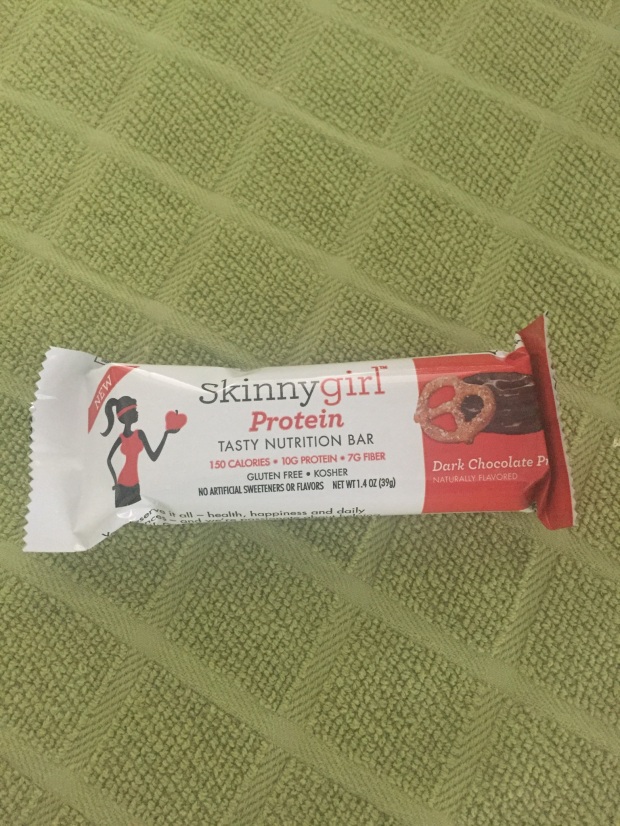 I should’ve cropped this, but #lazygirl

It was good!  It definitely reminded me of a Fiber One bar, but I actually preferred the Skinnygirl version.  I couldn’t find ANY reason that these are “pretzel” as there is not one bit of pretzel taste or texture, but it was completely adequate, even palatable, and I can say that I will definitely eat the other three bars at some point.  (isn’t it weird that these only come in boxes of four?  That either means that they assume you won’t like them, they are hoping you ignore the price point and are tricked into thinking it’s the same price as other boxes of bars that have six or eight bars in them, or only fatty fat fats need more than four bars at a time EVER.  Not sure who the “they” are in this scenario, I guess Bethenny and some other rail thin marketing executives in black suits and dark glasses that hate everyone?  PS I love that the cartoon girl on the package is holding an “apple” but not one of these bars to show she is living a “healthy lifestyle”).

Next up, I tried the drinks, I mean “Skinnygirl Sparklers.”  They taste exactly and I mean EXACTLY like the Sparkling ICE drinks that seem to be everywhere these days.  So, they are good and REALLY good for making cocktails, but I just drank mine plain as it was 7:30 am on a Wednesday and I am just not that cool.  I tried the Pineapple Coconut, which was very refreshing, like a diet pina colada and the Pink Grapefruit, which was… exactly what it sounds like.  So, I would definitely buy these again, especially to make summer-y drinks with.

Finally, I tried the popcorn.  As I was getting ready to make it, I noticed that it says on the box “created with our friends at Orville Redenbacher.”

How is this not cheating?!  Basically, the people with the strongest popcorn game in the biz (sorry if I am offending any of the good people at Jiffy Pop or Pop Secret) basically made your product for you?  This is exactly like when a cool kid and a nerd get paired up for a school project and the nerd does all of the work but the popular kid gets all of the credit because she presents the project and the nerd just quietly hides in his shirt collar across the room.

ANYWAY, ol’ Bethenny PopCheats’ “personal product” tastes exactly like any other microwave popcorn and is 160 calories for the whole bag. 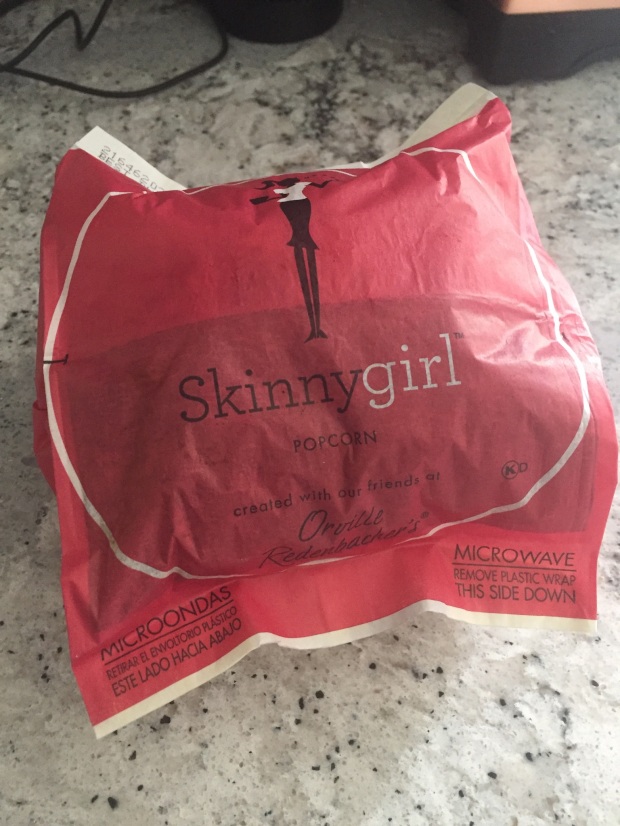 what a bag of LIES.

It must be nice to basically just cash checks while everyone else does the work, although Bethenny basically stole the entire season of RHONY this year (and from JOHN the sweaty [allegedly] coked-up dry cleaner and human Lychee fruit martini SOHN-jah Morgan! what a feat), so I guess her marketing team realizes her talents are better used elsewhere.

One thought on “Skinnygirl Snacks: A Review”